Innomof started in the year 2004 by Alfredo Montelongo firstly as a printing shop called neocolor. The goal of the company at that time was to become a printing supplier in the local sector. The transition of the company occurred in the year 2005 when Yunuen Montelongo began to work on applications of lasers for industry together with Dr. Alexander Pisarchik Centro de Investigaciones en Optica (CIO). The work focused in the behavior of different materials under laser stimulation. This project finished successfully in the year 2006 with a scanning system for high power lasers, but also with a new plan meant to develop an optomechanical device for high performance scanning. 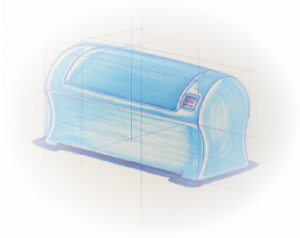 The company had an important change with the decision of building a new system for industry. Yunuen was in charge of the new project with a partial funding from CONCYTEG and a cooperative agreement with Dr. Jose Luis Lucio Martinez of the physics institute of Universidad de Guanajuato. Through this new project the first laboratory prototype was finally achieved in the year 2009. Innomof was created in 2010 with the goal of commercialize the developments reached. The company has recently received founds from CONACYT and still keeps agreements with the physics institute of Universidad de Guanajuato.  Our new offices and laboratories were build in the city of Leon, Guanajuato Mexico. Our working team is exited for the achievements reached so far and we do not doubt that the company will become a leader in technological development in the close future.